Unity, the voluntary action umbrella organisation (CVS) for the Test Valley, has today announced that following an internal review, it is to make changes to its membership structure. From 1 April 2021, a new three-tiered membership structure will take effect:

This change will apply to all membership applicants after the 1st of April. All current Full Members will retain all of their current rights.
Background
Membership plays an important constitutional role in the life of most CVS’s. Full Unity members are invited to vote on policy and appointments at the AGM. Not all groups use their vote and will look for other reasons to justify their membership. Uses of a small number of Unity services, such as the ability to hire minibuses, are for members only but in reality, hasn’t always been rigidly enforced. Unity CEO Terry Bishop explains; “What we’ve found over time is that our desire to help others leads to the watering down of the differentials between members and non-members. If a group needs support but hasn’t joined up yet, it feels completely alien to decline our services, so we don’t. But then what is the advantage of becoming a member?”
Membership is free. But as Unity is only partially funded by the County and Borough Councils It could easily be argued that a levy (membership fee) on users by the organisation that supports them to bridge the funding gap makes sense. However, Terry Bishop says that “The mere notion of charging membership fees to organisations made up of volunteers who give their time for nothing flies in the face of everything we stand for”. Necessarily, therefore, Unity generates extra funds in a variety of ways and needs to ensure that its spending is consistent with the expectations of funders and donors.
In light of these, sometimes conflicting aspirations, Unity conducted a review to determine whether continuing with a membership structure was worthwhile and if so, in what form.
Review outcome
Terry Bishop describes the principles that emerged from the review: “After much thought, we concluded that membership still has a strong contribution to make. Full Unity members play an important role in our constitution and ensure that, through the votes that they have at our AGM, our activities consistently respond to the wants and needs of our local support groups. However, membership should be structured in a way that is attractive for local groups whilst facilitating organisational and operational integrity. We have a duty to ensure that our resources are put to best use in the Test Valley Community, helping organisations who have the right to look to us to first for their support needs”.
With these principles in mind, the new membership structure distinguishes between member groups in two ways:

These changes create options for the future as business requirements evolve. Unity is keen to make clear however that the immediate impact of the changes will be minimal. Their first use will be to differentiate between membership groups when charging for digital support services (further press release to follow). For Full and Associate Members, digital support will be provided free of charge. Unity will offer support to Partnership Members in return for time-related fees, albeit that fees will be at a rate that compares favourably with commercial organisations, thereby generating funds that add to the resources to be utilised in the Test Valley Community. 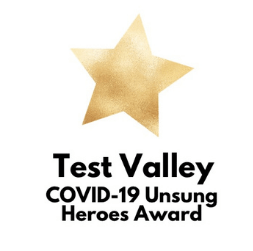 Unity and Dmitrijs Meiksans MYP are proud to announce the sixth-week winners of the Test Valley COVID-19 Unsung Heroes...

We are holding a digital features discussion on Thursday 29th April at 10am to talk through our brand new website, the...

We are recruiting via the Police Constable Degree Apprenticeship (PCDA), which is a non-degree pathway for those who...

We use cookies on our website to give you the most relevant experience by remembering your preferences and repeat visits. By clicking “Accept”, you consent to the use of ALL the cookies.
Cookie settingsACCEPT
Manage consent

This website uses cookies to improve your experience while you navigate through the website. Out of these, the cookies that are categorized as necessary are stored on your browser as they are essential for the working of basic functionalities of the website. We also use third-party cookies that help us analyze and understand how you use this website. These cookies will be stored in your browser only with your consent. You also have the option to opt-out of these cookies. But opting out of some of these cookies may affect your browsing experience.
Necessary Always Enabled

Any cookies that may not be particularly necessary for the website to function and is used specifically to collect user personal data via analytics, ads, other embedded contents are termed as non-necessary cookies. It is mandatory to procure user consent prior to running these cookies on your website.